6 Places to Visit in Vancouver, BC

The city of Vancouver is as unique and diverse as the people who call it home. As a result, opening a brand new KARE showroom just past Granville Island at 1275 West 6th Avenue seemed like a no-brainer. In an effort to get more acquainted with the city, Fred was assigned a mission to scope out the best places to visit in Vancouver.

What is known today as the charming and bustling Granville Island has a surprisingly rich history. Starting out as nothing more than two sandbars coming and going with the tide, the region was originally inhabited by First Nations peoples who used the land to fish and eventually establish permanent villages. In later years, settlers began constructing sawmills and logging facilities nurturing an industrial hub that fueled the city’s economy for years.

Today, Granville Island is characterized by its lively public market, jam-packed with fresh produce and tantalizing aromas as well as its abundance of unique artisan shops. With live music and access by foot, car or water taxi, Granville Island is truly a go-to spot for tourists and locals alike – and Fred agrees! 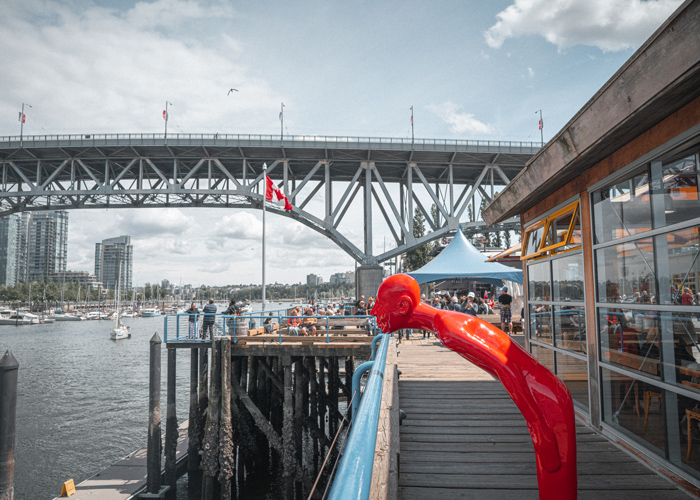 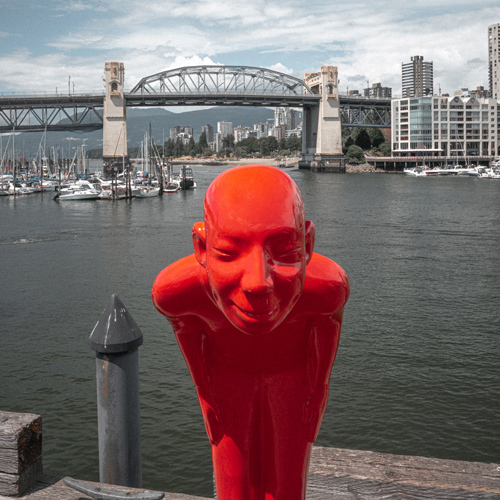 If, like Fred, you’re looking to have a laugh and gain 14 three-meter-tall cast-bronze friends, Morton Park at English Bay is home to the Laughing Statues created by Chinese artist Yue Minjun. Accept the photo-op yourself or grab a seat and people watch myriad visitors interact with the characters. 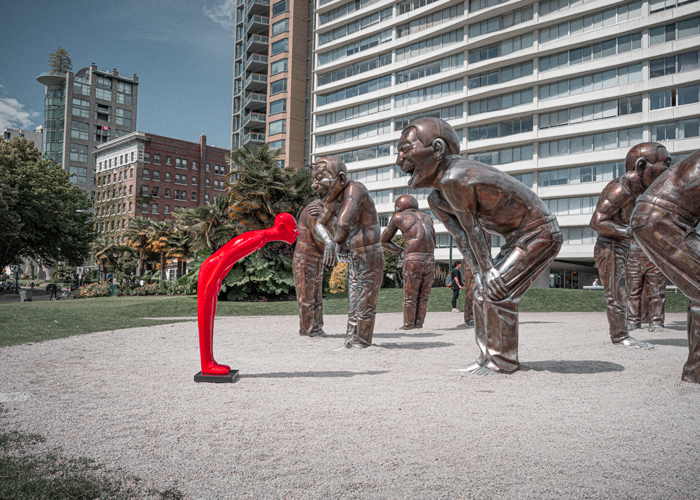 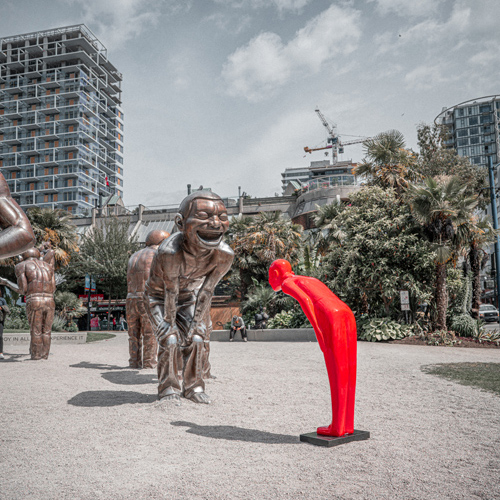 Davie Village in Vancouver’s West End is the city’s flamboyant LGBTQ-friendly neighbourhood, filled with quirky restaurants, buzzing bars and clubs, and constant festivities! The district is most famously known for its colourful Rainbow Crosswalk celebrating pride as well as its unique megaphone design piece featured in Jim Deva Plaza – an outdoor space with seating and live music performed by locals. 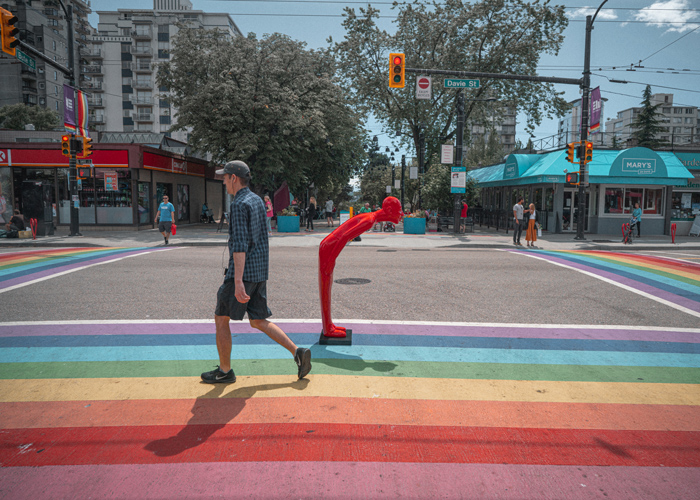 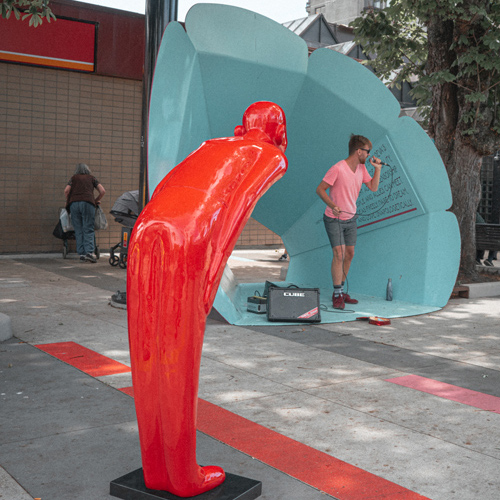 On the most easterly part of Stanley Park lies the 100-year-old Brockton Point Lighthouse, accompanied by an assortment of hand-carved totem poles made in British Columbia as an ode to the early First Nations peoples. While you’re here, take a stroll along the sea wall to see the 32 million-year-old Siwash rock or drive around the park to experience Lost Lagoon, the Hollow Tree, and the breathtaking Prospect Point. 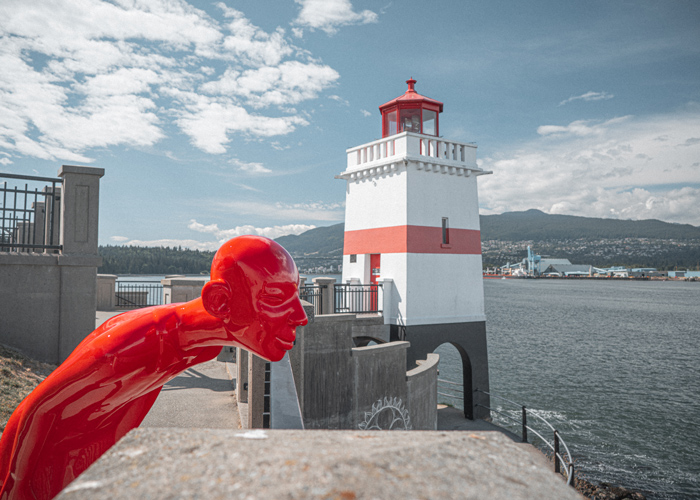 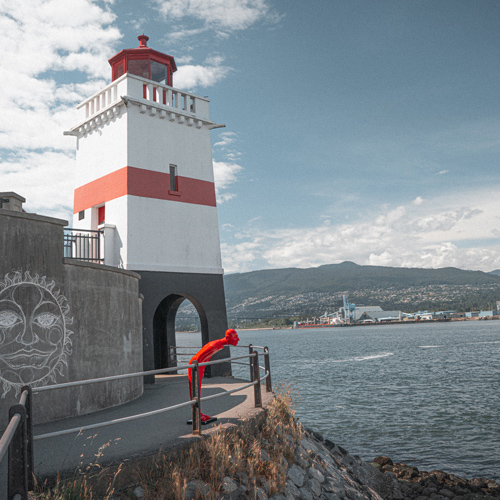 In 2010, thousands of people from across the globe came to marvel at the lighting of the ceremonious Cauldron marking the beginning of the world-renown Olympic Winter Games. With the Games complete, like Fred, you too can marvel at the majestic sculpture as it remains a permanent landmark in Downtown Vancouver at Jack Poole Plaza. 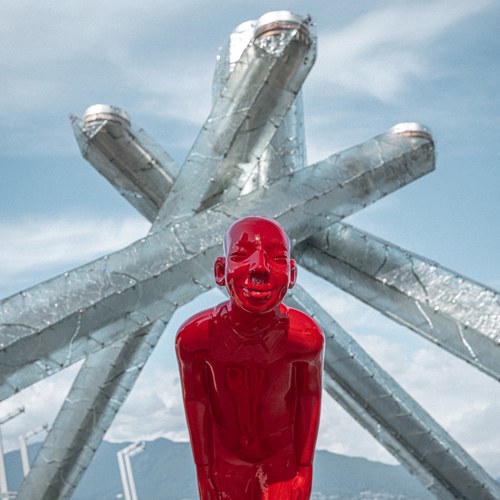 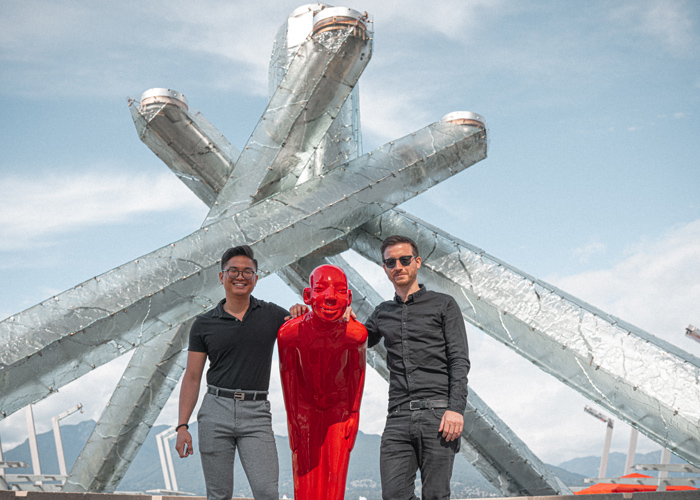 Known for its picturesque cobblestone paths, Victorian-style architecture, vintage lampposts and exquisitely curated boutiques, Gastown is Vancouver’s oldest and most charming neighbourhood. Stop by for a bite at some of Vancouver’s finest restaurants or make like Fred and feast your eyes on the magnificent Steam Clock – one of few functioning steam-powered clocks in the world! 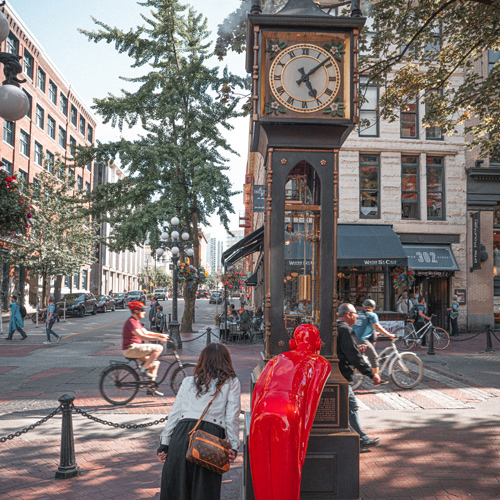 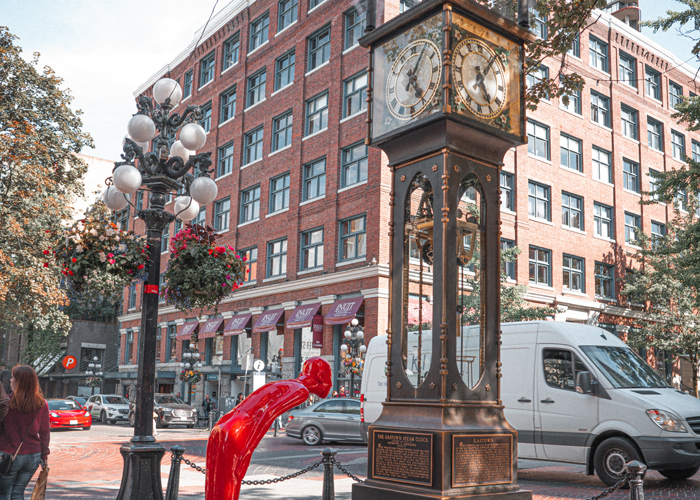